I have become aware of a tactic used by the Snakes as part of their deceptions.  I became aware of it before but my awareness of it was deepened just now when I did a search for "Apollo:  Smoke and Mirrors" on Youtube.  Try doing that search yourself and be amazed at what comes up as the result.  Okay, I have an explanation for this but you to have to think like an evil lying snake to comprehend it.  Suppose there was some video being circulated on the internet exposing a forbidden truth that you did not want people to see.  If you were a snake, how would you deal with that?  Of course you could delete the video and ban the accounts of people posting it but after awhile that would start to look suspicious.  People might get the idea that something was being hidden from them and that would make them want to search for it and watch it even more.  So what else could you do, as a lying Zionist snake, to deal with something that people were searching for that you did not want them to see?  One thing you could do is to purposefully create false meaningless content that went by the same name as the search term for the forbidden content. So when people search for the forbidden content, all that comes up in their search result is the false meaningless content. I have seen this tactic used for several different forbidden topics but I want to emphasize it here for the Apollo: Smoke and Mirrors video that I was trying to find on Youtube.  Let's take a look at what came up in my Youtube search results instead: 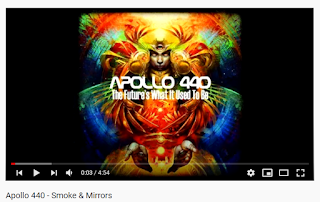 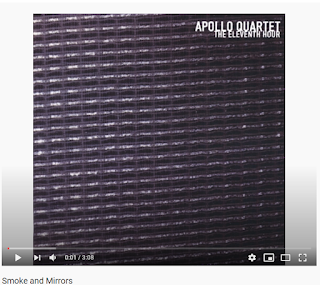 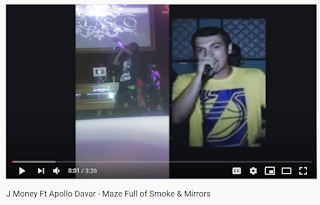 Its a coincidence you say but I tell you it is not.  I have seen this same tactic used in several cases.  What they do, in case I have to spell it out for you, is to create meaningless bullshit content of the same name as some forbidden content that they are trying to suppress, so that anyone searching for the forbidden content will find the meaningless bullshit content instead.  I will post more examples of this as I find them but I thought it would be illuminating for people to see the way the snakes work when they want to hide and suppress some content.
These people are lying Psychopaths so to understand them and what they do you often need to think like a lying Psychopath and not like a normal honest person would.  Anything they can do no matter how shameless and dishonest and immoral it may be to hide their lies, they will do.
Another thing I want to add is that whenever you see this tactic being used it immediately gives credibility to the content that the snakes are trying to hide.  If there was not a good reason to do it the Snakes would not bother.  If they do this its for a good reason and you should try to determine why.

Posted by No longer a Trump supporter at 1:26 PM