Two Worlds Paradigm example of the Apollo Moon Landings of 1969-73.

False World Explanation:  NASA and the Government of the United States of America sent men to walk on the moon six different times starting in 1969 and ending in 1973, all during the Presidential term of Richard M. Nixon.  The USA went to the moon because it rocks and its the most technologically advanced country in the world and it can do what others only dream of due to its advanced technology.

Real World Explanation:  NASA and the U.S. Government staged a hoax on the American people and the entire world by staging the moon landings six different times starting in 1969 and ending in 1973, all during the Presidential term of Richard M. Nixon.  Deception was used by showing Astronaut actors walking on a set made to look like the moon on television.  No American Astronauts got even close to the real moon.  It was all a staged deception.

Most all of the videos on Youtube are Shill videos promoting the lie that American Astronauts walked on the moon but there are a few videos that are very revealing of the Lie.  Here is a video of the first Press Conference of the three Apollo 11 AstroNots after their return from the "moon".  The looks of shame and guilt on their faces and their very awkward body language as well as their inability to answer of any of the questions put to them realistically is very revealing that these men never went to the moon:

Below is a close up high resolution picture of one of the Apollo modules that supposedly travelled all the way through space from the earth to the moon and landed on the moon.  Open this picture and take a good look at this thing and tell me if you believe it did that.  This thing looks like it was made in someone's basement and has no ability to fly whatsoever.  Its just a prop used in a Psyop, and not a very good one either: 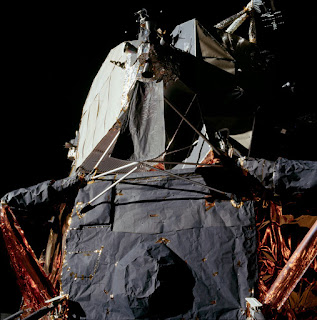 NASA, like the rest of the U.S. Government is a shameless, immoral liar with no real credibility whatsoever.

EDIT TO ADD:  Of all the Lies I am trying to expose on my little Blog, I consider the Apollo Moon Landings Lie one of the least harmful.  Don't get me wrong.  I believe that All Lies and All Deceptions are bad things that should never happen.  But in the case of this deception, the net result of it was to make the American people feel proud of their country for its great accomplishment in space, even if the accomplishment was a complete lie.  In the end, it does not matter.  In America, perceived truth is more important than Actual Truth. 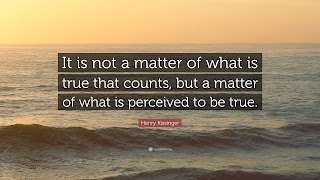 One might conclude that the deceptive means (Faked moon landings on a moon set) justified the desired end, which was millions of Americans being proud of their Nation and seeing it as Number One in the World.  I do not agree with this.  A supposedly good end never justifies a deceptive means.  Unfortunately, the people who run and control the U.S. Government do not see it this way. For them, a completely dishonest means is perfectly fine if it gets them what they want in the end.  Another good example of this is 9-11.

EDIT TO ADD:  Outside of all the shills still pushing this lie to this very day, what I find extremely sad and depressing is all the people who still believe this lie even after fifty years.  They still see this as mankind's greatest accomplishment instead of as mankind's greatest Hoax.  Some people will never wake up.  Today you can be certain that these people are wearing masks everywhere they go.

EDIT TO ADD:  The following is a very revealing video featuring Buzz Aldrin concerning the Apollo moon landings. Buzz wants to tell the truth so bad but he can't quite do it.  Time for another drink Buzz to ease your guilty conscience.

EDIT TO ADD:  One of the pieces of disinformation that the NASA shills use to give false credibility to the NASA Apollo moon landings FRAUD is the claim that reflectors were placed on the moon and that these are proof that the moon landings were real.  This is 100% disinformation.  They can no more prove the reflectors are there than they can prove anything else that was supposedly left on the moon by the Astronauts are there.  Its all Bullshit to keep the lie going for as long as they possibly can.

Apollo Smoke and Mirrors
EDIT TO ADD:
The Three Apollo 11 Astronauts who participated in the original Moon Landing Hoax were all Freemasons. 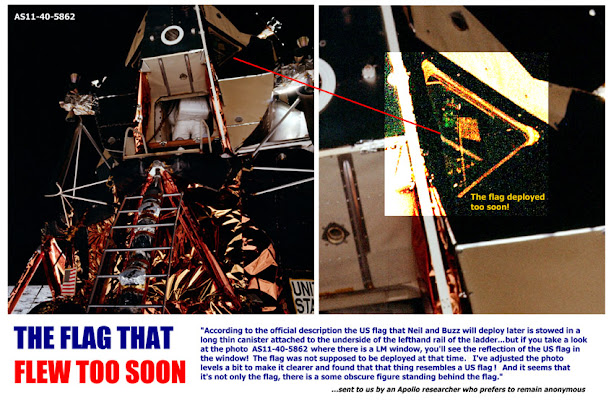 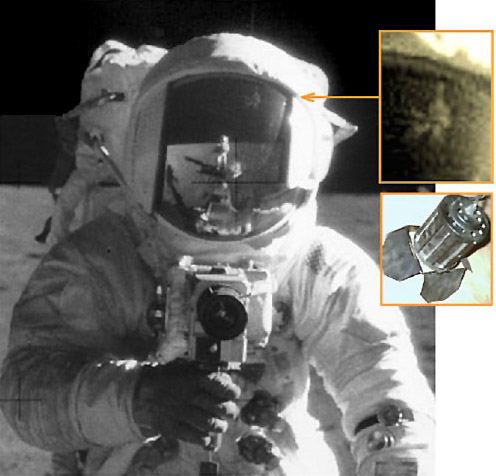 Posted by No longer a Trump supporter at 9:54 AM