Mike Rivero is a Jewish Disinformation Agent and More 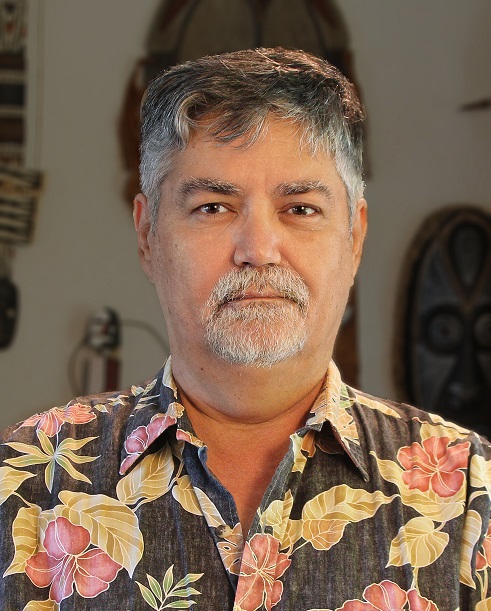 The internet personality known as "Mike Rivero" (shown in the above image) is the person who runs a disinformation web site called WhatReallyHappened.com.  He is one of many disinformation agents who long ago infiltrated and became one of the false messiahs of the truther movement.  There are several things I want to point out about this guy.

The first thing I want to point out is that he is a Jew by his own admission.  As we know from studying the Jewish race, Jews cannot be trusted not to be disinformation agents.  Even Jews who are supposedly exposing the Jewish problem cannot be trusted simply because they are Jews.  In terms of telling the truth to non Jews, they have a conflict of interest.  But in the case of Mike Rivero he is a very obvious disinformation agent who should fool nobody.  Here is a link to a good article exposing Mike Rivero and his web site.

The second thing I want to point out about Mike Rivero which is explained in more detail in the above link is that he is involved in Hollywood.  Jews and Hollywood go together naturally.  Jews own Hollywood and control all aspects of it, in front of and behind the camera.  Hollywood is drama and acting.  Hollywood is fiction presented as fact for the camera and this is something which Jews excel at.  I contend that Jews have turned the world into a kind of Hollywood movie under their control, especially in terms of PSYOPs such as 9-11, the Sandy Hook School Shooting, the Apollo Moon Landings, the Boston Marathon Bombing, and the George Floyd murder.  In such major PSYOPs such as this, Jews have blurred the line between fiction and reality, using Jewish main stream media to present fiction as fact for the clueless. But the fact that Mike Rivero is a Jew involved in Hollywood makes him even less trustworthy as a truth teller.

The third thing I want to point out about Mike Rivero which is also explained in the above link is that he had a former affiliation with NASA.  As I have pointed out on this Blog in many posts, NASA is a notorious liar that is the front man or organization of the Apollo moon landings hoax and other hoaxes.  I call them a front organization because they are not the source of the Apollo moon landings hoax but merely a false front that hides the real perps.  As with all other deceptions, the source goes back to the Jews but I digress from the purpose of this post.  What I want to say here is that Mike Rivero's involvement with NASA reveals him as a dishonest person who is involved in deception.  NASA is all about deceiving the public and for a Jew to be involved in deceiving the public really exposes this man for who he is.

But the real reason I am making this post is because of a direct connection between Mike Rivero and the 9-11 PSYOP.   In that above link is an image of Mike Rivero when he was younger, supposedly taken during his NASA days.  That image is shown below on the left. 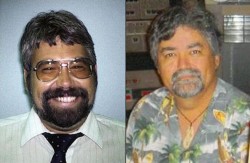 I need to explain this so there is no misunderstanding among the red pilled that 9-11 was a PSYOP and not a false flag.  Despite all the lies that have been told about 9-11 both from the main stream media and from the Jewish controlled opposition media, there was no flight 11.  None of the four flights existed.  9-11 was a Jewish movie.  It was completely unreal except in the minds of the TV viewing public.  9-11 was a deception or an illusion put on for a clueless American public.  It was a huge PSYOP, planned in advance for many years that involved many thousands of people.  As part of an illusion that involves allegedly thousands of dead victims of an Islamic terrorist attack on America, pictures were shown to the public of many of those alleged victims.  Some of those pictures are obviously photoshop creations of fake people who never existed in reality. what I and others refer to as simulated victims or Vicsims.  But some of those pictures were of real people.  Mike Rivero is one of those real people whose image was used (very likely with his consent since he is a Jew involved in Hollywood) as one of 9-11 victims under the fake name of "John J. Wenckus".  The fact that he allowed his picture to be used as a 9-11 victim exposes Mike Rivero to be even more of a disinformation agent than most.  He is a Jewish Snake.

Posted by No longer a Trump supporter at 8:37 AM