Klaus Schwab is a Jew 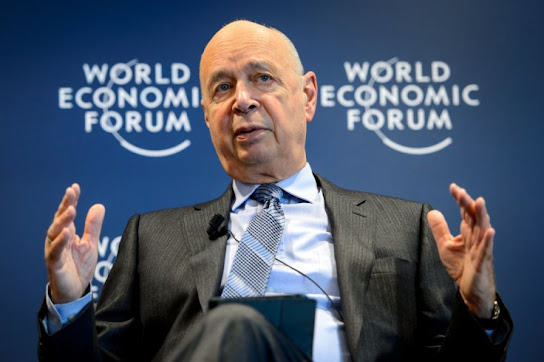 Before I go on to discuss Klaus Schwab it is important in the context of what I am about to say to point out that he is a Jew.  Most people have heard about Klaus Schwab but very few know he is Jewish.  The same can be said about Bill Gates.  A lot of people know about Bill Gates and what he has said but very few know he is Jewish.  That Schwab and Gates and other people such as Donald Trump are Jewish has been hidden from the public eye.  It is extremely easy for Jews to do this.  Since Jews one hundred percent control the content of main stream media and since the vast majority of humanity trusts the main stream media to tell them the truth about the world, all Jews have to do to hide that a famous or infamous person is a Jew is never to talk about it on their main stream media.  As far as the common man is concerned, if its not shown on the news then its not true.  The common man is a fool to trust the main stream media about anything but I digress from the topic of this post which is Klaus Schwab.  Following is a quote from Klaus Schwab that has spread around the internet with very few if any making any Jewish connections to it.  I am about to make such a connection.

Since Klaus Schwab is not only Jewish but a member of the Jewish Snake, it is very important to relate what he says here to what other Jews have said and what the Talmud has said and what I say about the Jewish Master Plan.  All the Dots connect once you have the proper context for understanding and that context is a Jewish context.  For the purposes of this post, I want to break down what Klaus Schwab said has said in the above quote into two different subtopics as follows.

2.  YOU WILL BE HAPPY ABOUT OWNING NOTHING.

These subtopics ae discussed below.

YOU WILL OWN NOTHING.

Who is Klaus Schwab talking to when he says YOU will own nothing.  He is talking to non Jews.  He is definitely not talking about Jews.  If you know anything about the Talmud and what all major Jewish leaders say, they are in lockstep in saying that ALL land and other property in the entire world will be in Jewish hands (AKA owned by Jews).  Non Jews will own nothing.  Don't take my word for it.  Go research for yourself what the Talmud and Jewish leaders say about that.  Its a universal Jewish belief that they will own the world and everything and everyone in it.  Klaus Schwab who is a Jew in a position of leadership certainly knows this, which is why he is talking to non Jews when he says you will own nothing.   If Jews get their way then non Jews will own nothing.  Schwab is just telling non Jews what Jews want them to believe.  Its called Predictive Programming.

YOU WILL BE HAPPY ABOUT OWNING NOTHING.

Who is Klaus Schwab talking to when he says YOU will be happy about owning nothing?  He is talking to non Jews.  He is definitely not talking to Jews who will own everything according to Jews. Here is something I want to discuss in more detail because it is difficult for me and I imagine for other red pilled to imagine a world where non Jews would be happy about owning nothing unless some major mind control was in place to implement that state.  I have already predicted that at least one of the purposes of the injections is mass mind control.  I believe there are other purposes planned for it but I see mass mind control as the most nefarious purpose of all.  Although it seems I can find out little about him on the internet there is a French doctor I have talked about on this Blog in several posts named Dr. Pierre Gilbert.  When I heard what this man said in a 1995 speech I was amazed because of how accurately he predicted what is happening today.  What Dr. Pierre Gilbert said can be summarized in the following paragraph.

Diseases or viruses will be purposely created to get humanity to take a "vaccine" inside their body.  It will not be a vaccine against the disease or virus but that will be deception used to get humanity to take the injection.  What the injection will be in reality is a contamination of the bloodstream of humankind for the purpose of controlling human kind.  He said the injection will contain magnetic particles which will embed themselves in the neurons of the human brain in order to amplify signals broadcast from outside the human body.  These magnetic particles embedded inside the neurons would make it impossible for a person to think for themselves but would make them think what the signals broadcasted to them make them think.  A person with the particles inside their neurons would be incapable of distinguishing between their own thoughts and thoughts that were induced from outside their bodies.  They would mistake thoughts broadcast into their minds for their own thoughts and obey them as such.  In effect, such a system would turn a human being into a zombie under the control of someone else.  Dr. Gilbert also mentioned Rwanda as a chilling warning of what such a technology could be used for, which is genocide.

If that does not get your attention then you are not awake but how could what Pierre Gilbert said relate to what Klaus Schwab said?  Do I even have to say it?  Mind control technology such as what Dr. Gilbert describes could be used for any purpose that those who are behind this EVIL SYSTEM decide to use it for.  They could use it as it was used in Rwanda to get the vaccinated to mass slaughter the unvaccinated in certain areas of the world. They could use it to cause race riots between blacks and whites.  They could use it to make people happy about being slaves and owning nothing.  Yes.  They could use it for many other purposes besides these.  But the point I am trying to make regarding what Klaus Schwab said is that barring major mind control there is no way that non Jews are going to be happy being Jewish slaves and owning nothing.  Only some major mind control is ever going to make that a reality.  And this is why I believe Dr. Gilbert was telling the truth in what he said and that scares the Hell out of me even more than all the deaths and destruction caused by "Covid 19" and the injections.  I believe that this mind control system has not been turned on yet but it could at any time be turned on once a sufficient majority of the non Jewish population receives the Jewish Jab.  I cannot imagine what changes will be seen in people once such a system is turned on but I say the following for the red pilled to understand.  If you see people in certain areas of the world who have received the "vaccine" suddenly start to act strangely or radically different than before then you should pay very close to attention to that.  I am watching for that and you should be also.  My fear is that if this system really does exist and we wait until they turn it on then it may be too late to stop what results from that.

Besides being a Jew, Klaus Schwab is a degenerate freak,  a trait he shares with many other Jews. 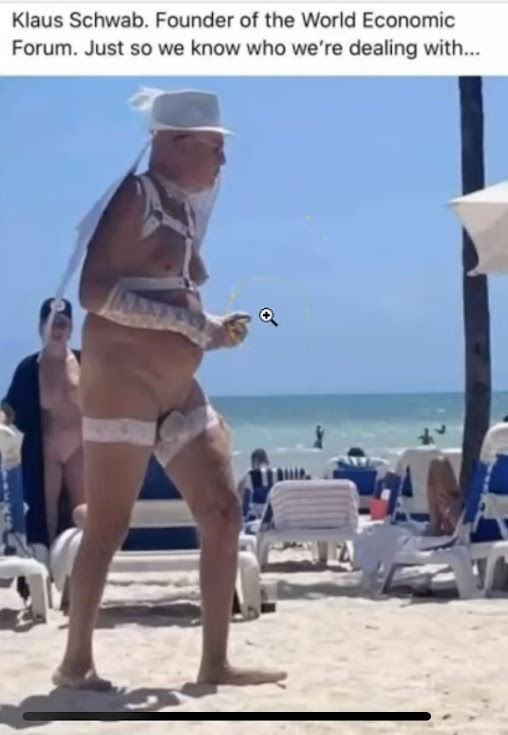 Posted by No longer a Trump supporter at 11:11 AM