This is no time to be an Honest Simpleton 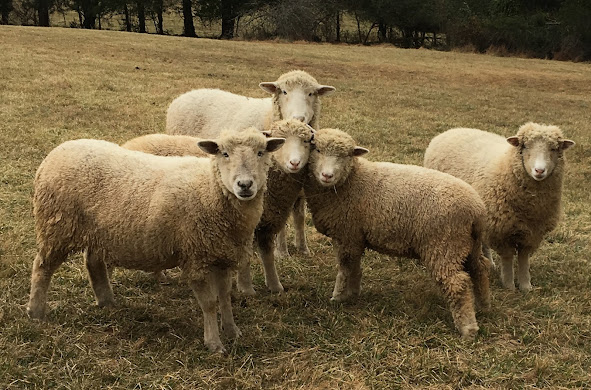 When I look back at the majority of people who are not Jews (and I always have to make the distinction between Jews and non Jews because they are different categories entirely) I see them as honest simpletons.  When I look at myself for most of my life, I see that I was an honest simpleton.  What do I mean by the term honest simpleton?  Specifically someone who has these two characteristics:

1. They are honest.  This does not mean they are Saints but they are basically honest people.  They believe in being honest with others and they make the assumption that everyone else is also honest as they are.

This is how I view most non Jews today and the way I certainly was in the past. I view this as the natural state of human kind. This is how any non Jew is before they take the red pill. We are born this way and we are also conditioned to be this way by Christianity.  Christianity has a huge influence on non Jewish society to influence people to be honest simpletons, which is one of the main reasons I have become such a huge opponent of Christianity as Jewish brainwashing for non Jews.  Its taken me decades to realize what the influence of Christianity has been on the world but I tell you that Christianity 100% serves the Jewish Master Plan today.  There is no doubt about that in my mind.  Those who call themselves Christians are being used as dupes by the Jews but I don't want to go too far into that in this post.

In contrast to non Jews, most Jews are entirely different animals and have these characteristics:

1. They are dishonest.  They have no problem at all with lying to and deceiving non Jews.  Their religion encourages them to do this but even if it didn't Jews will still do it because it is their basic nature to be dishonest with those who are not like them.

2. Jews also see the world in simple terms but in a completely different way than non Jews see it.  The simple way that Jews see the world is that whatever is good for Jews and favors Jews is good and right and "Godly".  Whatever is against Jews is evil.  The way Jews view the world is based on racial superiority and racial separation.  Jews believe that God favors their race over all others and has commanded them to own the entire world and enslave all others.  The way Jews view the world is not based on naivety and gullibility but on cunning and deceit to rule the world while keeping the Goyim completely clueless of what is really going on.  Jews believe they have a right to treat non Jews any way they want.   Jews believe that to treat non Jews evilly is God's will.

Those who take the red pill stop being Honest Simpletons and become fully aware of who the Jews really are and how Jews view non Jews and the entire world. Red pilled non Jews must understand the way Jews view the world in order to understand the world as it really exists outside of the illusion shown on the nightly news.  Those who take the red pill stop thinking like a sheep and learn to think like a Jewish Snake.

The big thing that every red pilled non Jew must become fully cognizant of is this:

Jews are Predators of non Jews

God gave man eyes to see and a brain to think but Christianity teaches people to use neither of them.  Christianity teaches people not to use their eyes to see what goes on in this world (especially not to see what goes on in Gaza).  It teaches people not to use their brains to think about what goes on in this world.  And it definitely teaches people not to use their brains to question anything Christianity says is true.  Christianity is not about seeing or thinking.  Its about simply believing what is written inside of a book.  It teaches not to see or think about anything outside of that book and never question what is inside the book but simply believe or have faith that what is written in the book is true.  It turns a thinking rational man into an unthinking irrational Jewish zombie who is NEVER going to oppose the status quo because the status quo is God's will and to oppose the status quo is to oppose God Himself.  Even if (((they))) smite you and rob you blind and spitefully use you and even if (((they))) kill you, you should just let that happen because it's God's will. That is why I am so against Christianity. It robs a man of his humanity and transforms him into a puppet. It teaches pacifism and to never to go war against evil under any circumstances.  This is why I view Christianity as my enemy in trying to wake up the human race to the Jewish Problem.  The only solution to the Jewish Snake is for humanity to go to war against it but Christianity teaches only to pray silently for your enemies and do nothing against them.  Can you not comprehend how Christianity serves the Jewish Master Plan?

Posted by No longer a Trump supporter at 7:23 AM