What Would Evil Jews Do? 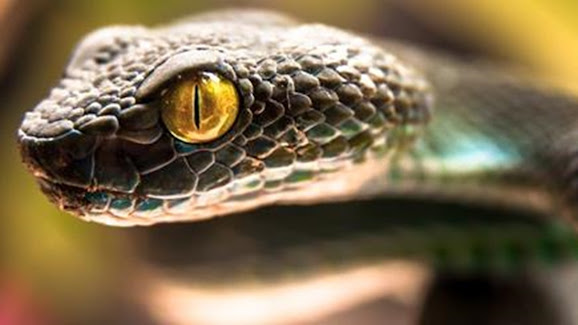 So I happened to turn on MSNBC to see what the evil Jewish Snake is telling the people today and what I saw is a very bereaved looking Jewish talking head bemoaning the fact that Sturgis is happening right now and nobody there is wearing masks.  God forbid!  Only terrorists don't wear masks in public!  So I listened a while to hear the Jewish talking head predicting that Sturgis would be a new super center spreading Covid 19.  Yawn.  Same old story new chapter, but it did get me to thinking about something which I want to pass on to you.  This is a little bit deep to understand but I will try to explain it adequately so everyone understands what I am trying to elucidate.

If you have been reading this Blog then you know about the Jewish Master Plan.  If you don't know please read and understand it.  To understand what has happened in the world in the past, what is happening in this world now and what will happen in this world in the future, you need to be cognizant of the Jewish Master Plan because it applies to everything in this Jewish World.  It applies to "Covid 19" and to the world wide push to get every man, woman and child to take an injection of a foreign substance inside their bodies.  If you do not understand that the Jews are behind the world wide injection push then you are not red pilled and I am not talking to you.  This Blog is for red pilled people who are fully aware of the Jewish Problem.  If that is not you then please feel free to go to this link so you won't be tainted by my "Anti Semitism".

In this Jewish World you need to be able to think like an evil Jew to understand what is happening in the world now and what will happen in the world in the future (because Jews will make it happen).  Yes, you and I need to know how Jews think so we can be prepared for what they will do in the world in the future and this requires the ability to think like them.  After studying what they have done in past for decades I have gained somewhat of an ability to do this and as I was watching that MSNBC Jewish talking head talking about Sturgis and predicting that Sturgis would be a super spreader of Covid 19, I gained a sort of insight if you will about what evil Jews would do in response to events like Sturgis, where freedom loving people are refusing to wear the masks and hopefully refusing to take the injection.  I hope you Bikers are smart enough not to take that shit into your bodies.

But if I were an evil Jew, how would I react to that Sturgis event?  And how would I react to politicians such as Rand Paul telling people to ignore the mask mandates?  To answer that question, you have to connect some dots which I have already connected on this blog, and that is that "Covid 19", the masks and the lock downs and the social distancing and the vaccine passports and everything else are just the means to an end that the Jewish Establishment is using to get all of its cattle to take the injection.  Its always been about getting everyone in the world to take the injection and everything else is just subterfuge.  You have to understand that.  Regardless of what lies the Jewish Main Stream Media tells, this world wide injection push has been on the Jewish drawing board probably for decades and they are just now rolling it out now that they have perfected whatever technology they want to get inside of every human body.  Its never been about Covid 19.  Its about the injection.

One of the big things that Dr. Gilbert said is that (((they))) will create intentional infections in order to get the public to take the injections.  Sound familiar?  It should.  What he is saying is the same thing I and others saw before we knew anything about Dr. Gilbert, which is that the Corona virus, whether is a real virus or main stream media fear driven hysteria is the means to an end to get the public to take the injection.  Are the Jews evil enough to purposely create diseases and viruses in the lab in support of their nefarious agendas?  Is the Pope Catholic?  Of course they are and if you don't believe that then you are blind and deceived by the Jews not to know it.

But I said all the previous to get to the point of what I really wanted to say in this post.  What would evil Jews do in response to Sturgis?  Well, putting on my Yamika so I can think like an evil Jew, I would create a more deadly virus or biological agent in my labs and I would make sure that got spread by my agents at the Sturgis event.  I would make sure that a lot of those freedom loving Bikers who refused to wear my mask get sick and are hospitalized and die for refusing to take my threats seriously.  I would use that as a way to warn the entire world against refusing to wear my mask and take my "vaccine".  And as for Rand Paul, I would end his career as a U.S. Senator ASAP to set an example for all my other tools that you do not speak out against the Plan.  God forbid that I put any ideas into their evil minds that are not already there, but if I were an evil Jew this would be my response.   Have I predicted the future in this post?  I sincerely hope I am wrong but after studying the Jewish Snake for more than twenty years it would not surprise me if at least some of what I said comes to pass, because evil Jews will make that happen.  Its their nature to do evil.  Truth is not in them.

Posted by No longer a Trump supporter at 10:47 AM