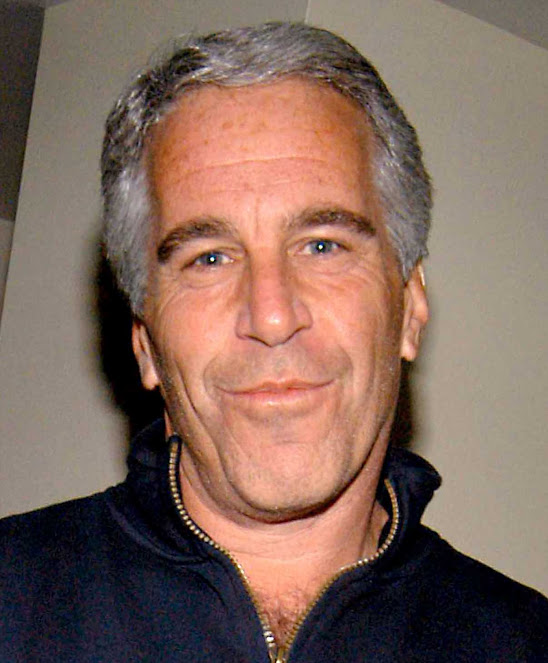 On this Blog I have long been saying that the death of Jeffrey Epstein was staged/faked and that this man is still alive and well somewhere in this lying Jewish world.  While the lying Jewish main stream media tells the world that Jeffrey Epstein was murdered and the lying Jewish controlled opposition media such as QAnon tells the world that Jeffrey Epstein was suicided by the "Deep State", I have never believed that Jeffrey Epstein was dead and the reason for that is simple.  Jeffrey Epstein was a wealthy powerful influential Jew doing what Jews wanted him to do such as blackmailing politicians and even royalty to compromise them for Jewish world control.  Undoubtedly a member of the Jewish Mossad, Epstein was one thing in the False World and something else entirely in the Real World.  So when I heard this man was put in a New York City jail and committed suicide there I was not deceived by that.  Not even close.  What I thought then and what I still think now is that his death was staged to get him out of the public spotlight so he can continue to work for the Jews anonymously.  Only to blue pilled idiots is he dead.  The red pilled know this man is alive.  Of course he can never come back to his old identify but his old identify is not important.  His identity can be remade into anything or anybody the Jews want him to be.

In the remainder of this post I want to give some links to other articles that also say that Jeffrey Epstein is not dead to provide illumination for the red pilled on this topic. I want to say that I do not necessarily agree with the conclusions reached in these links but I simply list them here for reference.

Jeffrey Epstein Is Alive And Well

Jeffrey Epstein is not dead, he did not commit suicide in his prison cell and he was not accidentally murdered by some deep state death squad.

The question immediately forced me to consider the obvious. Prisoners, especially famous prisoners, don’t just end up dead in their cells. Epstein’s death was simply too convenient

The above link is a very blue pilled article written for the blue pilled POV.  If I were to write such an article it would be far different.  And the idea that Epstein is in some kind of witness protection program testifying in secret for the U.S. Federal Government is completely absurd.  That may be a possibility in the False World but its not a possibility in the Real World.  You know this or you should.

Guard claims Jeffrey Epstein was wheeled out of prison, alive

Posted by No longer a Trump supporter at 11:32 AM