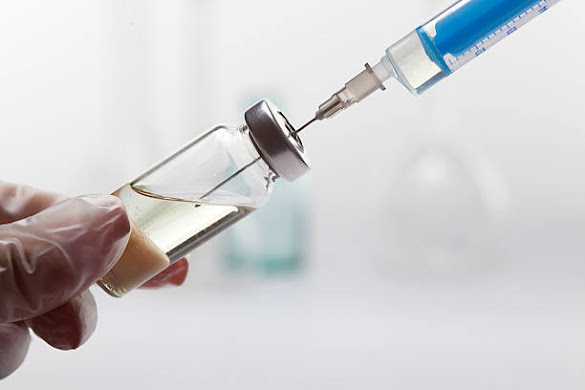 Not long after the "Covid 19 vaccinations" came out, a lot of truth oriented web sites such as Northern Truth Seeker (killed by Google) began to call these injections kill shots because of all the illnesses and deaths of those who were stupid enough to take the Jewish Jab into their body.  I have been aware of all those deaths and non lethal adverse effects caused by the Jewish Jab but I did not like the term "kill shot" applied to the injection because I thought it was disinformation.  To call the injections kill shots is to imply that their primary purpose is to kill the receiving host and to me I have considered this to be disinformation up to now.  What I have thought is that adverse effects were an unintentional side effect of a plan to get these injections inside of every human body (or as many human bodies as possible) but that the real goal of them is not to kill but to control.  Since last year I have been focused on the plandemic as being ID2020 in disguise to get everyone injected with something that can be used to identify them and track them and control their finances. Please note that I made that post before the vaccines even came out. More recently I have become aware of Dr. Pierre Gilbert and what he said in 1995 about the vaccines being used as a trojan horse to mind control humanity.  But in both cases I have been focused on the control aspects of the worldwide injection push and have not been really looking at the deaths and injuries caused by taking the "vaccine" as anything more than collateral damage.  Up to now this has been my opinion about these adverse effects related to the injections but I am beginning to think differently about it which I will begin to discuss in the following paragraph.

I have a background in science. My career has been related to the field of computer science but I am not ignorant about other fields of science such as Biology.  I was already familiar with DNA and RNA and cell architecture before the plandemic even started but there is something that really concerns me which I need to discuss here.  This relates to the term ADE (Antibody Dependent Enhancement) which I want to break down for you in as simple terms as possible as I understand it to be. If you have not already been introduced to the subject of ADE then I recommend you listen to this guy explain it starting at around the 11 minute mark in that video.  He explains ADE very well so start with that and then I will break down the topic of ADE further in following paragraphs of this post to express my concerns about it.

If you watched that video and understood it, then you understand the following:

1. These injections which are called Covid 19 vaccines are not like previous vaccines have been in the past.  They are mRNA vaccines which instruct the cells of the human body to purposely create spike proteins similar to the very virus that the body is supposed to fight in order to get the body to create a defense against it.  In theory, the body will create antibodies to the spike proteins which will then protect the human from catching Covid 19.  This is what the Establishment wants us to believe.

2. Antibody Dependent Enhancement or ADE is a situation the arises when the human immune system becomes confused as to which biological entities are naturally part of the human body and which are foreign invaders that should be attacked and destroyed.  The human immune system is designed to identify foreign invaders into the body and to attack and destroy them.  By having the cells of the human body creating the actual spike proteins associated with a corona virus, the immune system can get confused in that it loses the ability to distinguish between spike proteins being produced in the cells (because of the mRNA vaccine) and spike proteins from actual bad viruses that are foreign to the body which may have a very similar biological signature to the cell produced spike proteins. So if someone who has received an mRNA vaccine is exposed to some variant of a corona virus then the immune system, which would normally fight that corona variant may instead not fight it and let it in the door because it thinks its part of the human body and not to be attacked.  Thus, the immune system becomes compromised and allows bad biological agents into the body without defense and these can kill the host.

I hope I did not talk over your head in the above paragraph.  What it says in a nutshell is that taking the Covid 19 mRNA vaccination can very easily compromise your immune system and make you much more vulnerable to death due to exposure to Covid 19 variants then you would have been if you had had no vaccine at all.  The human immune system as designed by God is very capable of protecting humanity from many biological agents.  Most people have like a 99% chance of surviving Covid 19 or variants of it just fine without any vaccination IMO.  But after being vaccinated with an mRNA vaccine the chances of survival due to being exposed to a virus in the wild drops astronomically.

When animal testing was done of mRNA vaccines similar to the ones being pushed on the human race right now, very bad results were determined.  Those animals who received the mRNA vaccine appeared to be fine at first but then when they were reintroduced to the virus in the wild that they were supposedly being protected against, they all died, and the reason they died is because their natural immune systems had been compromised so they could no longer fight the virus in the wild effectively.

This entire world wide injection push is at best a very dangerous and reckless experiment on humanity that not only does not protect people from getting Covid 19 but it compromises their natural immune systems so they are actually much more susceptible to dying with the vaccine than without it.  All of this is being withheld and hidden from the public.  Instead the public is being pushed and blackmailed to get the injection and told that you cannot work or fly or go to night clubs or go out to eat or go to the gym and in Australia you cannot even go outside your house unless you have been injected.  This is IMO a purposeful and dishonest attempt by the Establishment to murder most of humanity.  Just because people have not started dropping dead yet means nothing.  As I see it, variants of the Covid 19 virus are going to continue to be introduced to the world.  Viruses mutate and never stay the same.  My greatest concern is that a more deadly variant of the virus will be introduced into the world either purposefully or due to natural virus mutation and that when that happens, all these people who have taken the mRNA vaccine are going to pay a very nasty price for trusting a non trustworthy media and government.  I predict there will be many deaths world wide, starting as early as this winter.  Those who have taken the mRNA vaccine are basically fucked.  Since their natural immune system has been compromised then they will have no natural defense against these variants and they will die.  The only way they will not die is if they receive further injections and booster shots which are designed to protect them from the variants.  Those who have taken the mRNA vaccine will then be forced to take a new mRNA vaccine to fight every Covid 19 variant that comes along since they will not be able to fight it naturally anymore.  Their immune system has been fucked up so they now have no natural immunity against Corona type viruses in the wild and are forced to depend upon man made "immunity" by taking more vaccines (AKA Booster shots).  This is a horrible mess for humanity world wide and I believe a purposeful crime against humanity has been committed here.

Have I explained this well enough? Please leave comments on this post to ask any questions or to tell me what you think about what I have said here.

Of course the lying Jewish Establishment is going to say that these deaths caused by ADE are due to the Corona virus and blame those deaths on the people who smart enough to refuse to get the injections.  This is undoubtedly the game that will be played by the Jewish Establishment.  All the Jewish Establishment cares about is getting everyone to take the injection and they will use any lie in the book to make that happen.  The main stream media will never mention ADE as being the cause behind any spikes of death but will blame the unvaccinated for these deaths. And they will use those deaths as a justification for more and more dystopian methods to get people to take the injection, including declaring martial law as has already been done in Australia. Do you understand what they will do?  This is all part of a nefarious plan. Its the Jewish Master Plan.  If you want to see that plan, please email me at ThomasPickering666@yahoo.com.

Posted by No longer a Trump supporter at 12:37 PM