A Simple Solution to a Complex Problem 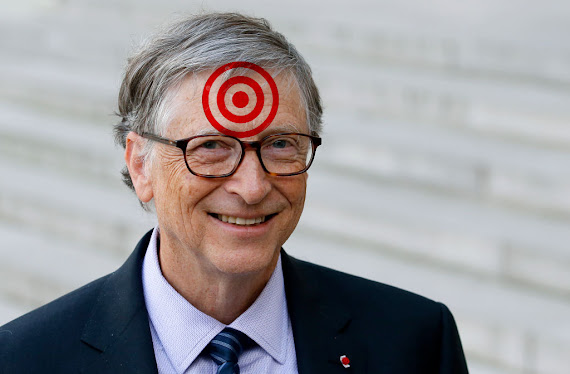 I am not one who preaches peace to enemies of humanity.  I do not say to pray for your enemies.  I do not say if they want to vaccinate you in your left arm then offer them your right arm too.  I am not a Pacifist.  I am a Warrior.  The Snakes have declared war on us with their actions and its time we respond.  We are at War.  Although most of the Snakes hide in the shadows so nobody can see them, Bill Gates is one Snake that everyone can see.  He is not just a front man but he is a Snake who is integral to this world vaccination push.  This makes him an enemy of humanity.

Enemies of Humanity deserve Death.  The best thing that could happen would be for these Vaccine pushers and profiteers to be taken out starting with this lying evil scumbag.  It would certainly send a very strong message to the other Snakes that the people are not going to tolerate this and let this go any further than it already has.  We are not going to just sit around and watch as you enslave the entire world with your agendas.  Humanity is going to defend itself very aggressively.

Posted by No longer a Trump supporter at 3:56 PM