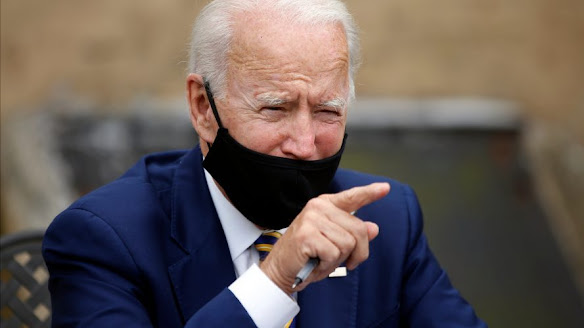 In my opinion, the reason Trump did not become President for another term is because of his Base.  Who is Trump's base?  People who see themselves as Conservatives and Christians and Patriots to America.  Although Trump never really served his base other than giving lip service to them in his Tweets and campaign rallies, he had to be conscience of them.  He had to at least make a show of doing what his Base wanted him to do.  And most importantly, he could not do anything as President that would be seen as highly offensive to his Base and cause a huge protest against him from his own Base.  In other words, his actions as President were restricted by the expectations of his Base and this did not serve the best interests of the Establishment.  What the Establishment wants is a puppet President who will do what the Establishment wants without caring what the people want.  This pertains particularly to the Convid 19 Psyop.  What the Establishment wants is for every person in the United States to be vaccinated.  It wants to make vaccinations mandatory by law for every single person in the USA.  It wants the President of the United States fully onboard with this plan.  The Establishment knew that for Trump to make vaccinations mandatory would be hugely unpopular and offensive to his Base and so Trump would not want to do this.  Trump would not want to hugely offend his Base by openly supporting mandatory vaccinations.  I say that this is the real reason why Trump did not win a second term, because his continued Presidency worked against the planned agendas of the Establishment.  So it was expedient to the Establishment for Joe Biden to win, who does not give a flying fuck about what Trump's Base wants.  What Trump would not do for fear of offending his Base, Biden will do.  This is why Biden is becoming President just as the Convid 19 vaccination has been rolled out in the USA and approved by the FDA. Everything is leading toward mandatory vaccinations is my prediction.  Israel loves Trump but the planned agendas of the NWO are more important to them than anything else now.

Joe Biden is just a Jewish puppet who will say and do whatever his Jewish masters want him to say and do.  Anyone who gets angry at Joe Biden over the Covid 19 forced vaccine mandates should redirect their anger at the Jews behind the Covid 19 plandemic.  The Covid 19 plandemic is the Jewish Plan and all of their puppets such as Biden are going to go along with that plan.  This is the way the Jewish World works. And I reaffirm what I said in the above post that the reason Biden become POTUS instead of Drumpf is because Joe Biden could enforce the vaccine mandates without pissing on and pissing off his political base while Drumpf could not.  So the reason Biden is POTUS instead of Drumpf has more to do with the Covid 19 plandemic than most people comprehend.  It was a strategic decion of the Jews to select Biden over Trump and I understand why they did it.  Democracy is a sham.  Voting is a shame.  The U.S. is not a Democracy.  It is a Jewish ruled Fascist state pretending to be a Democracy.  Only the brain dead idiots still believe its a Democracy at this point and there are so many brain dead idiots on both the left and the right in the U.S.A.

Posted by No longer a Trump supporter at 10:25 AM