Revolution is the only solution to the Plans of the Elite

Those who control the Establishment/System/Society/World (let us call them the Elite to be politically correct) are corrupt and dishonest and evil and they are never going to stop what they are doing.  What the people want matters less than zero to the Elite.  All the matters to the Elite is to control and enslave the people like cattle that the Elite own.  It is all that has ever really mattered to them but now they are taking the world to a place it has never been before in its entire history.  People who think this is just a temporary situation and that things are later going to go back to the normal or the way it was in the past have not recognized what is happening.  This is not a temporary change.  This is a well planned orchestrated change being forced upon the entire world by the Elite who have conspired to make it happen.

There are some out there who maintain the illusion that they can resist the Elite by simply not complying with what the Elite want but they are going to discover that this is a pipe dream.  What they will discover is that the Elite is going to blackmail them into compliance.  Since the Elite controls the entire system and its corrupt to the core it can use that control in any way necessary to force the people into compliance.  What the people consider necessary to live such as food and shelter and power can be withheld from those who refuse to comply.  The Elite will use any means necessary to get its way.  There will be no way for a person to not comply and continue to live and function within the System controlled by the Elites.  This is the reality we face and everyone must be aware of it.

Therefore there are two possible solutions for those who want to be free of the nefarious agendas of the Elite:

1. Withdraw from the Elite controlled System and sever all dependence on it.

This is an extremely drastic step that the majority of the world is completely unprepared to do.  For those who live in cities, they are completely dependent upon the Elite controlled System for virtually everything in their lives.  This is a peaceful way to resist but its not a viable solution and there is no way it is going to happen, which brings us to the only viable solution remaining.

2. Go to war with the Elite and take the System out of the control of the Elite by Force and put it in the hands of the people where it belongs.

This is the only real solution left to the people who want to stop what is happening (and prevent what is about to happen. It is going to get a lot worse than this if the Elite get their way).  The people are going to have to forcibly take the System from the hand of the Elite and put it back into the hands of the people where it belongs.  This means Revolution.  As I said, the Elite is never going to stop as long as it exists and is in control of everything as it is now.  Humanity is faced with the choice of Revolution and Freedom or Compliance and Slavery.  We are all in this together.  We all depend upon each other for our freedom and liberty.  We need good people and leaders who care about freedom to come forward and lead the rest of the people in Revolution against the Elite.  This must happen on a world wide level in every country.

There are only two ways this can go down: The way of the Elite which is New World Order/Total World control and enslavement of humanity or the way of the People, which is that the people control the world and the Elite is hanging from ropes and riddled with bullets for their evil treason and treachery against the rest of humanity.

It is inevitable that the Friends of Humanity are going to be forced into war with the Enemies of Humanity.

The Day of the Rope is the only thing that will save Humanity: 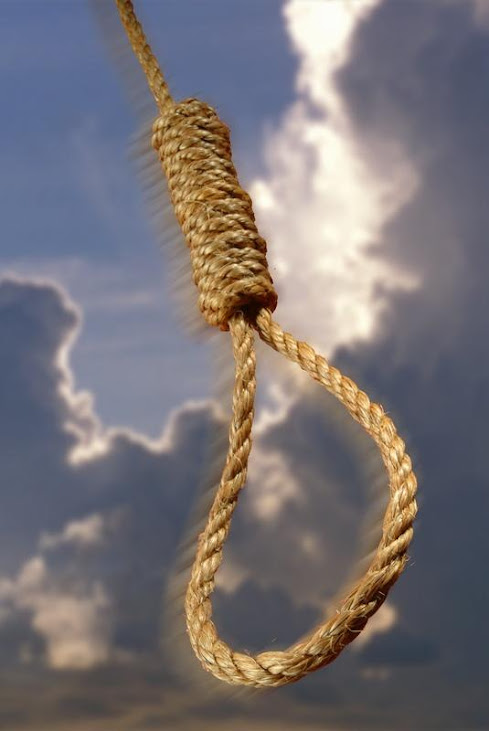 Posted by No longer a Trump supporter at 8:46 AM