This is QAnon Level Bullshit: 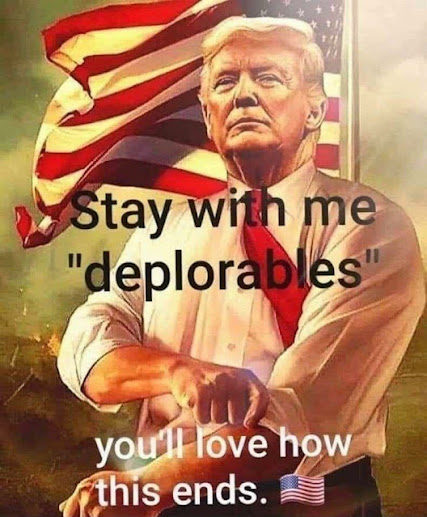 So I am still seeing stupid people supporting Trump even at this late date.  These must be the QAnon true believers who spin everything into a Trump sound bite.  Trump won the election.  Just wait and see what happens. Trump is a great Patriot to America.   Trump is playing 4D chess against the Deep State.  How many times have I heard that bullshit during the last four years?

Some people see through Trump or Fox News colored glasses apparently.  When will the delusion fall?  On January 20 when Biden takes office?  No.  Even then these people will be saying Trump is playing 4D chess with the deep state and he is coming back to take the White House.  He will be arm in arm with JFK Jr.  God Bless POTUS!!!  Such delusional ranting gives truth a very bad name but this crowd never really cared about the truth.  Its been more like Trump worship or the Cult of Personality since day one.  Its like a Trump fetish.  All these Trump supporters are delusional.  I want nothing to do with them.  They are just as much enemies of the truth as Biden/Harris supporters.    The Truth is that Trump is just as much of a puppet to the Deep State as Biden is, just of a different flavor.  The Deep State uses Republicans and Democrats and Conservatives and Liberals to serve its agendas. The entire political system is corrupt and owned and no Politician is working for the people.  All Politicians serve the deep state.

Posted by No longer a Trump supporter at 8:20 AM