Would the Establishment commit murder to achieve its goals?

Question: Would the Establishment commit murder to achieve its goals?

Answer:  Absolutely 100% YES.  In past deceptions the Establishment has murdered countless people to achieve its goals.  A lot of these murders are disguised as death by unknown causes or accidents or suicides.  You have to be aware that the Establishment is evil and corrupt and will freely murder anyone who attempts to block their goals and agendas.  Here is one concerning Convid 19: 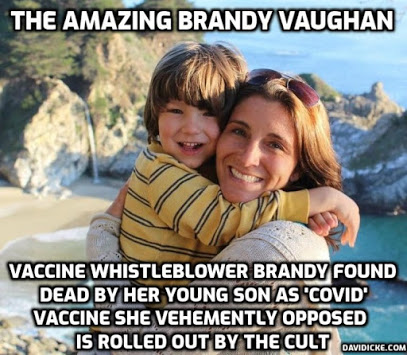 Facts about Brandy Vaughan and her Death:

She was an Ex MERC employee.

She founded the Council for Vaccine Safety in response to one of the nation’s first mandatory vaccination for education law — SB277 in California.

She was the founder of "Learn the Risk", an organization trying to raise public awareness of the risks of taking vaccines.

She was a vocal critic of Big Pharma.

She was found dead and the cause of death is listed as "Unknown".

A Dec 1 2019 Tweet by Brandy Vaughan predicting that she might be murdered by the Establishment and have it played off as a suicide or an accident or her running away or whatever:  She was aware. 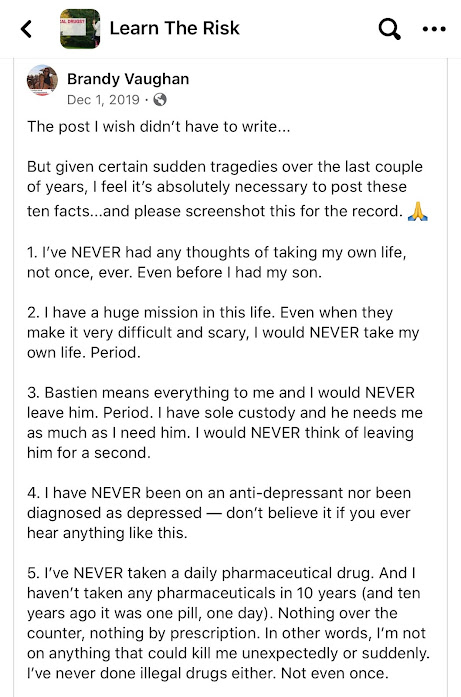 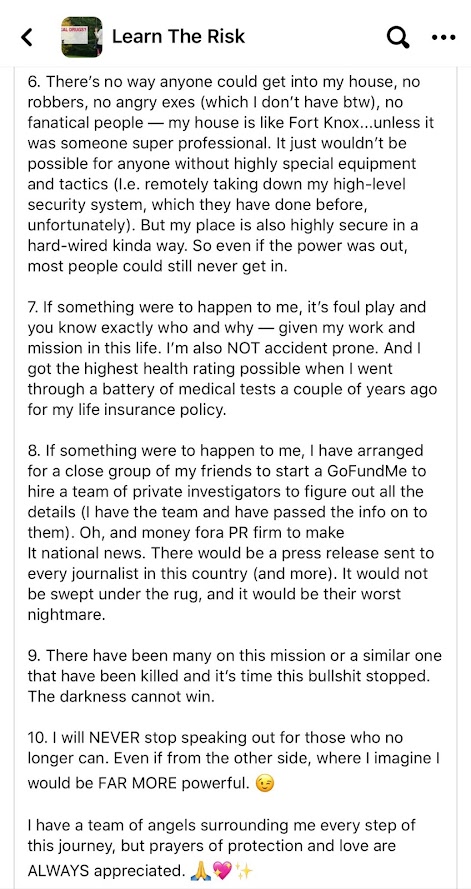 A little over a year after she made this Tweet (Dec 8, 2020), her prediction came true.
Posted by No longer a Trump supporter at 4:13 PM