In a previous post I said that all current web sites that pull up on a search of "Jackie Killed JFK" are disinformation web sites meant to discredit the entire concept while pretending to tell the truth.  This is the situation now.  It has not always been so.  In the past there were web sites that told the truth about Jackie killing JFK without adding bogus disinformation to discredit it.  Here is one of them:

The Blood pattern on JFK's shirt that he was wearing on the day of the assassination indicates that the shot came from his left side, which is the side that Jackie was sitting on: 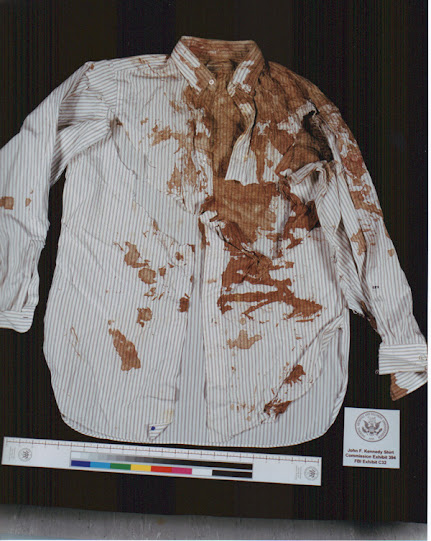 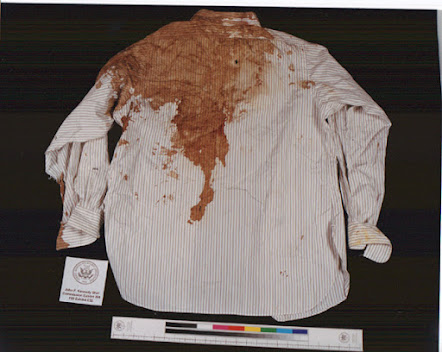 Jackie on the President's left about to fire a bullet up underneath his left cheekbone up through his head: 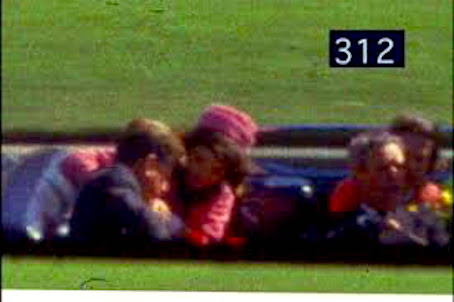 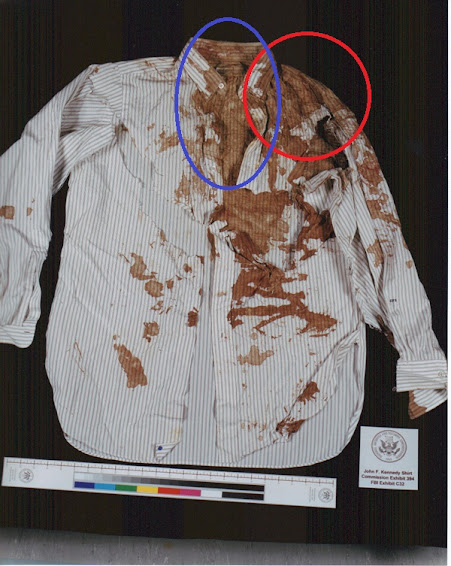 Posted by No longer a Trump supporter at 9:49 AM